According to the organisers at 23rd March more than a million people showed up to demonstrate for their cause: a second referendum. The photographer and actor Aslam Husain captured this historical protest with his camera.

The Opinion: The last time we spoke, you told me that you felt like a foreigner in your own country, after you heard of the referendum-results. What’s left of this feeling?

Aslam Husain: The feeling is still there, simmering. Three years ago, after the referendum result was announced, I felt as though the majority of the country was saying to me and many others like me, “leave”.

Your father is from Pakistan, your mother is english. You grew up in Canada. How english do you feel?

I am half English on my mother’s side and I spent much of my childhood in England. I have always been proud of that heritage. In these last three years, however, I have had to do a lot of rethinking about what it means to be “British”. Marching on the 23rd, being a part of the biggest crowd I’ve seen in my life, reminded me that I do belong here. It reminded me that tolerance and diversity and progress are British values and deeply felt. It made me proud to be british.

How did your homeland change in the last three years?

I think I’ve seen racism find more of a daily voice in Britain. In my commute, my work, and especially at the pub, I hear more racist exchanges. When I first arrived in London eight years ago, I thought that this city was less racist than my home city (Vancouver). Now I’m not so sure.

You also took pictures of the »March for Europe« in 2016. Was the mood different right after the referendum?

In 2016 there was a lot of anger directed towards specific political figures like Nigel Farage, Boris Johnson and David Cameron. Protesters passionately defended the rights of immigrants, championing British values like tolerance and inclusivity. This time, however, the march seem tempered by Brexit Fatigue. Three years of glacial progress in parliament and no clear way forward. It seemed as though the marchers acknowledge with classic British humour the absurdity of the Brexit process.

If there was any anger, it was to pillory Theresa May for her botched Brexit deal.

According to the organisier, the march was one of the biggest in the history of Great Britain. The prime minister Theresa May precludes a second referendum anyway. Isn’t that frustrating?

Yes and no. I was marching with my friends (who would wait very patiently for me while I’d run off to photograph something that caught my eye) and they all said, with typical British cynicism, that this March was all well and good but it wouldn’t change a thing. We were cynical enough to realise that. Still. We were there. History cannot rightfully say we were not. And we were there in droves. From all over the country. Not just London.

All over the country?

Yes. My friend‘s aunt wanted to travel in from Wells to join the protest. She had contacted the local coach company to see if they could book a big group to bring into London. But all the coaches were fully booked by people who had the very same idea. She herself just managed to nab one of the last slots on one of the last available coaches, setting off at 7am with a bag full of sandwiches and her handmade placard. If that isn’t British, I don’t know what is!

You succeeded to capture the mood of the protests in your pictures. What do you focus on when you take your photographs?

I like to isolate a single person or a couple of people in a crowd.  For me, this is the most interesting perspective, capturing the personal in public.

Did you get feedback on your photographs?

I did. I think people were struck by the photos of the younger generation

You discovered this reaction in 2016 as well.

I think perhaps their energy, or a need to respect their wellbeing made it so peaceful. They are the ones with the most at stake, after all. It’s their future that hangs in the balance.

If the UK leaves, what are your plans? Are you going to leave your home country?

I ask myself this question all the time. I don’t know. I think I won’t know until the deal is finally done. Part of me still hopes that by some miracle we remain in the EU.

Note from the author:
»Journalists are accused of distorting the content of interviews. As a journalist it is ones duty to report corresponding to the interviewed person. Corrections solely are used to make an article more legible; as I did with this interview. Interposed questions help to separate content. I assembled passages to prevent repititions and I excluded questions and answers which were irrelevant.«

If you want to read to the unedited, raw version, please send me an email to: k.schaetz@theopinion 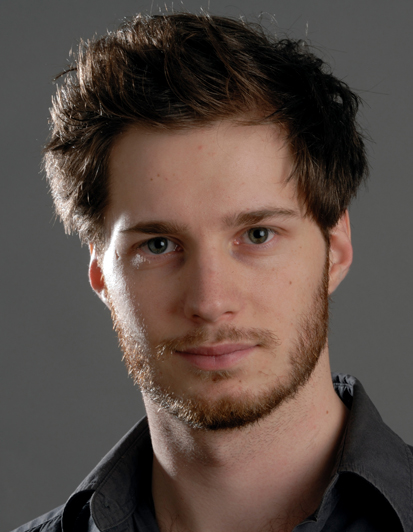